In the period 15.11.2022 to 15.4.2023 (winter season) the City of Villach acts as the road maintenance authority for the Villach Alpine Road. This information on trafficability is deactivated during the winter season!

The Dobratsch: summit adventure in Villach

Landmark and protective mountain high above Drau and Gail

Even the two names of the abundant alpenstock, which rises above the confluence of the Drau and Gail as part of the Gailtal Alps, characterise its location. The name “Villacher Alpe” is of German origin, “Dobratsch” has Slovenian roots. The meeting of two different cultural and linguistic groups here in Carinthia is also illustrated by the fact that two pilgrimage churches with the same name are located on the top of the alpine summit with two names – a “German” one and a “Wendish” one. Wendish is the name for the Slovenian dialect in the lower Gailtal and southern Carinthia. The province and mountain both had a very eventful history, with that of the alpenstock being decisively longer than that of the people living at its foot.

Read now: interesting facts about the origin of the Dobratsch! 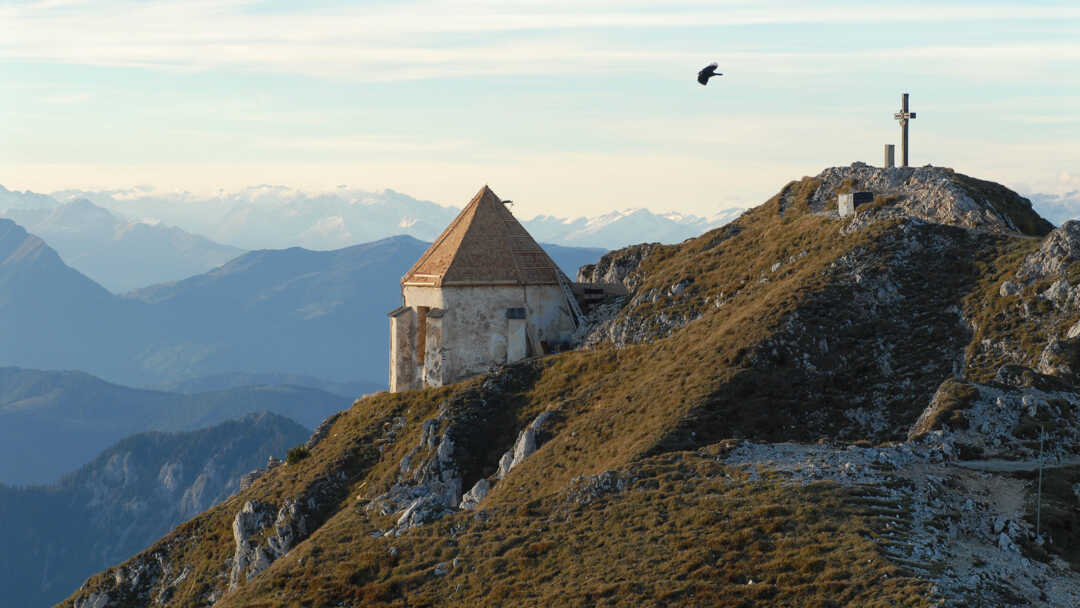